ONCE UPON A TIME…

A man decided to create a vineyard from scratch, in a production region where few had ever tried such a venture.

He opted for a relatively unusual yet nevertheless remarkable terroir, primarily limestone and clay, despite it being well known that fine Médoc wines generally grow better in gravelly soils.

He was anticipating global warming perfectly, without even knowing it…

It was decided: its name would be ‘SOUDARS’!

The etymology of ‘Soudar’ comes from old Welsh and most likely dates back to when the English had a presence in Aquitaine.  It means: ‘Stone wall enclosure to protect the livestock’.

Tasting notes after bottling
Lovely, garnet-red colour.
Expressive bouquet with a touch of French oak.
Firm tannins emphasise the excellent ageing
potential of this wine, a very elegant example
of its appellation.

Tasting notes after bottling
Markedly cherry fruitiness. Round, full-bodied initial taste. Plenty of balance with a good length on the palate, the silky tannins providing a firm support for the fruity aromas. No doubt as to the ageing but the French oakiness is sufficiently discreet and elegant to enable the expression of the wine to come through. Definite cellaring potential which should further enhance the complexity. 2002 is the third vintage of this wine which clearly reveals the new style sought by Eric Miailhe and crafted with our consultant oenologists, Jacques and Eric Boissenot.

Tasting notes after bottling
A deep, almost black opaque colour. Aromas of ripe cherry. Round and full-bodied on the palate. Firm texture with harmonious, mellow tannins. The balance is maintained throughout, being characterised by a finish with a definitely spicy aromatic persistence. An appealing wine.

Tasting notes after bottling
A clean bouquet of ripe, slightly jammy fruit.
Fresh on the palate, boasting good balance
between concentration and acidity in a highly
classical style.

Tasting notes after bottling
An extraordinary richness never achieved before and particularly rich in total polyphenols (TPI before ageing = 80). The selection of this wine produced a yield of less than 50 Hl/hectare compared to just over 50 Hl/hectare in the previous vintages.
An intense, brilliant and deep ruby red colour. The nose of ripe soft fruit is also mellowed with the wood. The tannins are silky on the palate thanks to the choice of tight-grained French oak staves, including a proportion of Blend barrels.
The 2005 vintage, similar to the legendary vintages of 1982 or 1961, is the must of our production. Unbeatable value for true connoisseurs but that must be left to mature sufficiently.

Tasting notes after bottling
Dark intense colour.
Plenty of body on the palate but without too much
power, revealing much finesse and refinement.
A most harmonious overall impression combining silky
smooth texture and mild tannins.

Tasting notes after bottling
Dark crimson colour. Scents of mint and roasted
coffee set off to perfection by a fine, delicate hint
of wood.
The big, dense tannins are also fine and refined.
Power and opulence while remaining nicely toned.

Tasting notes after bottling
The 2009, like the classic 2000 and 2005 vintages, shows our estate at its very best.
The rich, ruby colour is intense, brilliant and profound.
The richness of the fruit becomes immediately apparent in the nose, accented with woody aromas which are still very prominent. The mid-palate is fresh, with grilled notes and hints of tobacco emerging towards the finish.
A classic which will delight connoisseurs, but will require a certain amount of patience.

Tasting notes after bottling
This garnet-red Haut Médoc boasts a bouquet of great elegance, characterised by ripe black fruit scents and roasted notes from maturing. On the palate, it reveals the characteristics of the vintage, meaning rare power and vibrancy accompanied by generous tannic structure giving a lovely long-lasting finish. Soudars 2010 is no doubt one of the best wines ever produced by the estate. 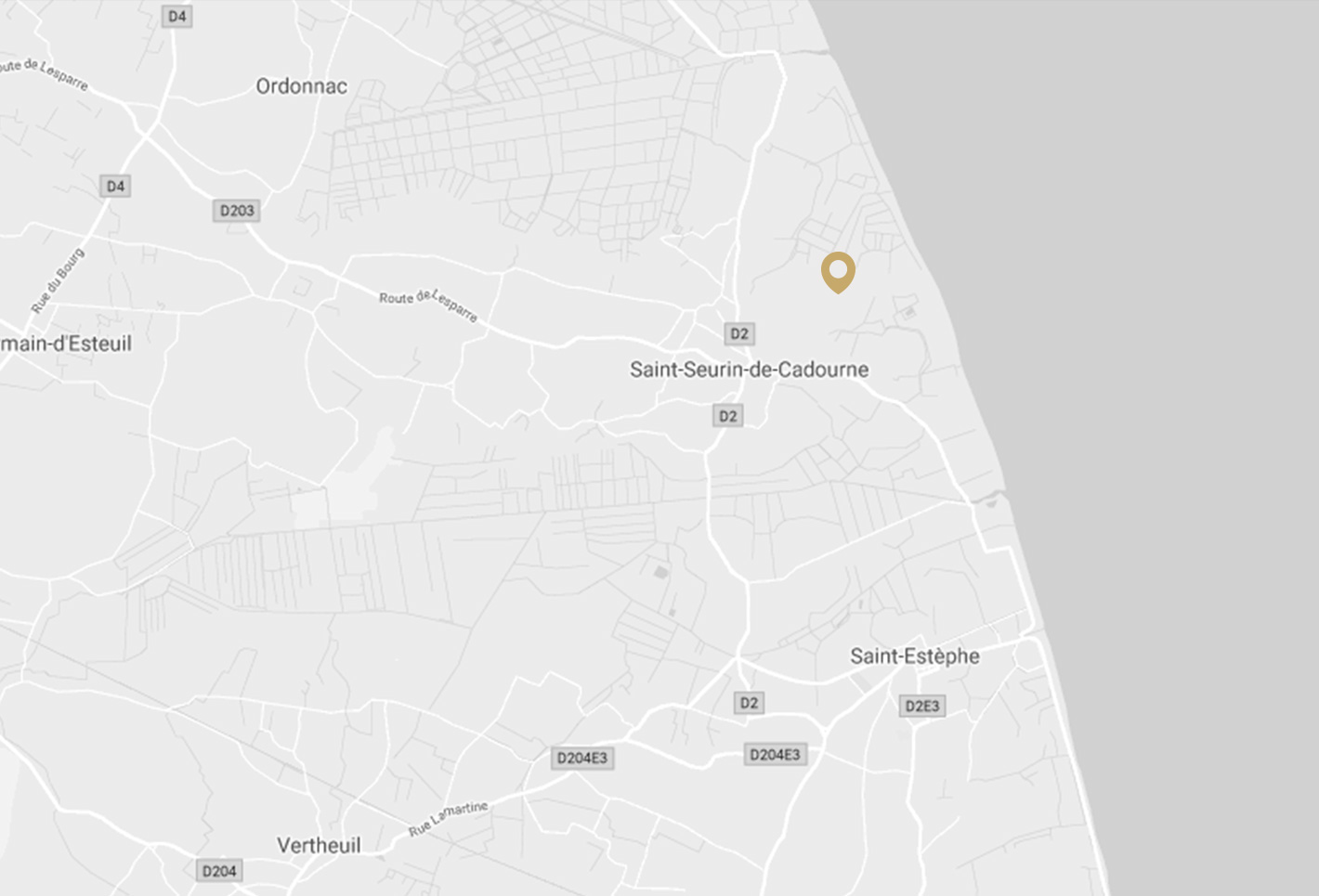 Tours of the estate are available for professionals and the general public, by appointment only. Please send your request to [javascript protected email address]

We use cookies to ensure that we give you the best experience on our website. If you continue to use this site we will assume that you are happy with it.Ok